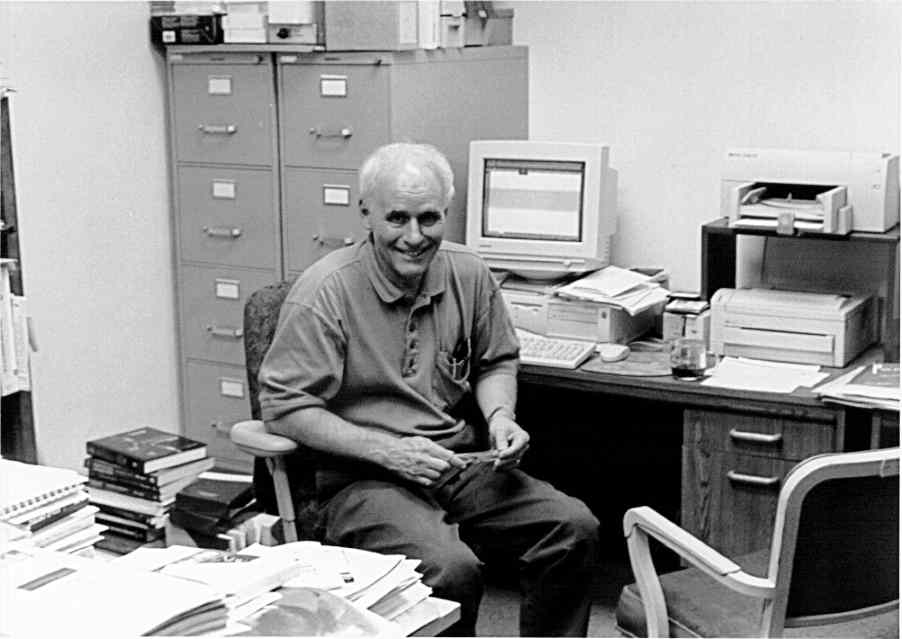 ATOMIC PHYSICS RESEARCH
The main research effort is atomic inner-shell ionization physics involving measurement of characteristic x-rays from atoms excited by either the Coulomb interaction with an accelerated charged particle or by photo-absorption of discrete-energy x-rays.
Since their discovery in 1895, x-rays have become an indispensable tool for studying the structure and electronic properties of matter. Equally important is the role x-rays play in medicine, archaeology, art, security, astronomy and other applications.   The tools to do this research at Creighton are a 200-kV heavy ion accelerator and two x-ray fluorescence spectrometers. Basic physics studies have been done on a wide range of elements to determine the probabilities (cross sections) of ejecting inner-most electrons from atoms. Further details of the interaction process between the atomic electrons and the incident charged particles or photons, such as multiple ionization, can be found from analyzing intensity ratios of emitted x-rays. We have written a widely used computer code (ISICS) to calculate theoretical cross sections to compare with such measurements in order to test and refine the theory. Applied physics done here involves determining the absolute concentration of trace elements in human whole blood and blood plasma by means of analyzing characteristic x-rays excited from trace elements in freeze-dried blood samples that were bombarded by protons produced in our accelerator. Other applications have been in the area of space physics in which the laboratory techniques of x-ray fluorescence were used to assist NASA in the determination of the surface composition of the near-earth asteroid Eros by analyzing the characteristic x-rays emitted from the surface when struck by x-rays from the sun. The x-rays were measured by the NEAR spacecraft that orbited Eros.

Currently, a new x-ray fluorescence spectrometer is under construction. It will include a high-resolution, high transmittance energy dispersive x-ray detector with the versatility of employing exciting x-rays from either radio-isotope decay or from an x-ray tube. Primary and secondary x-ray fluorescence will be studied. Students can get involved in the design, construction, and testing of the new apparatus.

Cipolla, Sam J. (2008). Erratum to “The united atom approximation in the ISICS program to calculate K-, L-, and M-shell cross sections from PWBA and ECPSSR theory.” Nuclear Instruments and Methods in Physics Research, B 266, 3495.

Cipolla, S.J. (2007). Calculating the solid angle for different source shapes and orientations as viewed by a detector with a cylindrical collimator. Nuclear Instruments & Methods in Physics Research, A 579, 268-271.